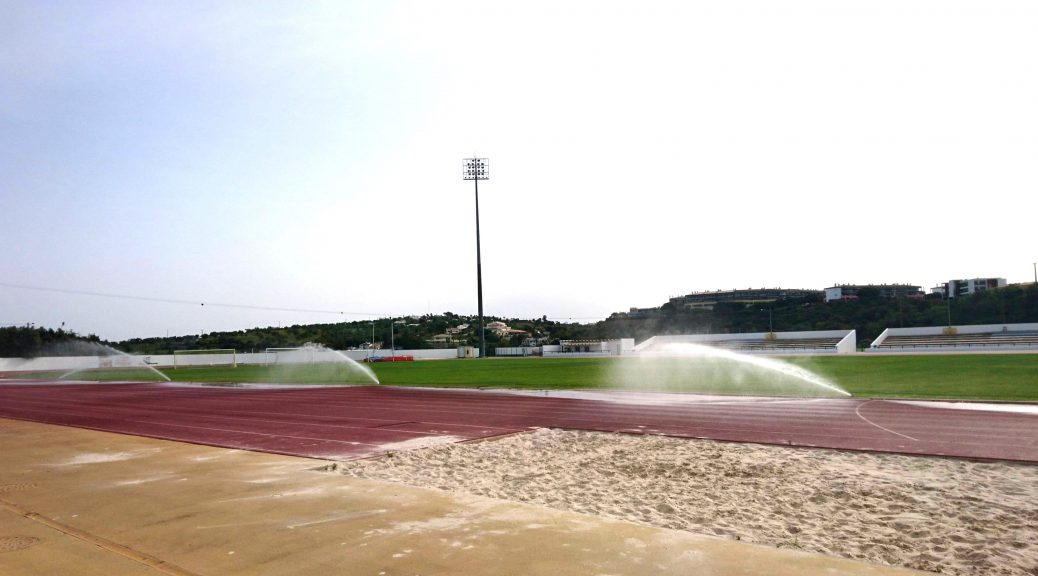 Yay! It’s track day. I do love a good speedy track session. Today’s plan after an additional 30mins lie in, was to head to the Lagos running track and after a 1 mile warm up, do 4 sets of 800m/400m/200m intervals, each with 70secs recovery between and a slow 200m walk between sets. Ugh 800ms!

The first rep saw most of the pack splitting off quickly, but I controlled my pace pretty quickly to make sure I didn’t go out too fast in the 800. The 400 was similar, but the single lap meant the pack didn’t spread out as much. The 200m was different though as I felt like I could push quite a bit harder and lead for a bit, but still be able to recover. That was the pattern for much of the reps, but what’s interesting is seeing that I ran the last 800m at a pace faster than the first two 400ms. That suggests to me I didn’t have the earlier pacings quite right. Certainly I wasn’t blowing too hard at the end of set, enough to know that I’d worked hard, but nowhere close to how tired I feel at the end of my regular Tuesday intervals.

Reflecting back on my pace choices, I realised that my last Embrace camp was in 2016, which is kind of a fallow year between Venice in 2015 and Amsterdam in 2017. Now although I don’t think I’m in quite the same shape as I was in late 2017, I’ve certainly had more consistent miles done this past year than that year, including a lot more speed work. I guess it actually works. I need to keep this up 😀

At the end, I had enough beans left for a 100m sprint. We’ve been doing these following our Tuesday night intervals so they’ve formed a key part of my interval workout nowadays. How did it go? Sub 14 seconds! This is the first time since I was in school that I’ve managed sub 14. Usually after the intervals I’m hitting 15-16 seconds so I guess that’s a good indicator of what I had left.

The recovery run today was the “Monument Run”. When I first came, on an Embrace Holiday, we all ran out Westward to a concrete monument along the clifftops towards Luz.
When I came last time, this had changed a little to a 10/15mins out and back, as it was a little far. That time I really want to get to the monument so pushed a bit hard for a what should be a recovery run (It was 5k in 26ish minutes). This time, a much more leisurely plod/walk/phototaking opportunity. Sadly the sun had disappeared and the wind was up making it the chilliest point of the holiday so far, but I’d remembered to take my Saloman waterproof jacket which did the job.

Tonight the Embrace coaches get a night off from the kitchen. Instead we are heading down into town for a Portuguese feast. Yum!