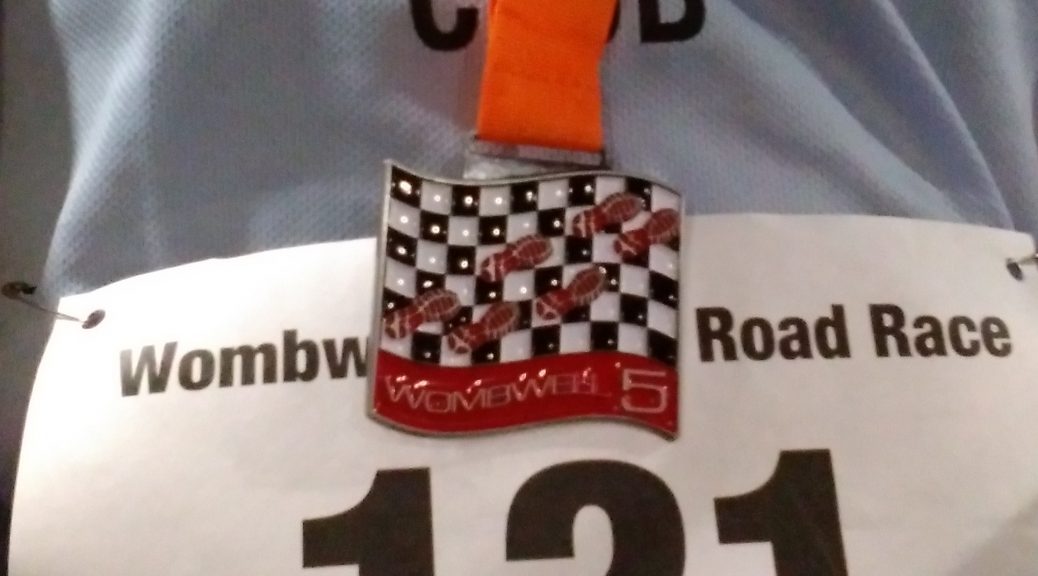 and I still haven’t…!

But before that, the first “race” since my last update:

Just a Hillsborough Parkrun, but it was on the Sheffield Running Club championship calendar, so counts for their competition. Annoyingly I’d succumbed to the lurg at the back end of January, which included a couple of days struck down on the sofa. Although I’d resurfaced from that mostly, it appeared that I caught another cold! 🙁 This meant that instead of getting a good chance to see where my pace was at, I was instead fighting with my breathing. Also, this wind! It was bloody windy with 40mph gusts, right in the face while climbing the hill. Urgh! I hate wind! Still, managed it, and to be honest, I’m not unhappy with a 21:24 5k.

The next day I was starting to feel a bit clear of the cold and spotted that there was another race in the Championship calendar the following weekend: The Wombwell 5mile!. I’d heard about this one before as a friend of mine had ran it a couple of years ago and had talked about how fun it was, with the start and finish being on a go kart track. It was also, apparently, the last time they were organising it so definitely worth signing up for. Plus, it was a bargain at £12.

I’d never run a 5 mile race before, so wasn’t really sure how to do it, but a good bunch of the people who I do intervals on Tuesdays with at SRC were taking part so I’d have some people to use as guides.

The weather was great for the run, first time I’ve been able to run in shorts and a vest for ages. Keep going weather! There was a bit of a cold wind, so elected to wear gloves, but the wind seemed die off by the time we were running and they meant I was getting a bit warm by the end.

We started with a reverse lap of the track before crossing out onto the main road and headed out away from the centre of Wombwell towards somewhere called Darfield. The start was really too fast I think. I was caught along by the rest of the SRC guys but felt like I should have being going a little slower to save some. When you’re in a pack though, I worry about slowing and the impact on the runners behind me. Stupid probably!

It wasn’t long before we turn up a hill, interestingly called “Snape Hill Road”. Ah! That explains all the Harry Potter stuff in the club building we started in. It was a fierce little hill of probably only about 20 metres, but once you’d done the steep bit, it continued to climb as you continued into the housing estate which was tough on the legs. Somewhere around here it all went wrong though and the entire pack, lead car included, took a wrong turn! :O

After going around the housing estate, we headed back down the hill and really got some pace up. I found myself knackered, really getting the pace from the hill, a controlled fall, rather than a run! Once hitting the bottom of the hill, you can see in the Strava pace graph how I was bottoming out pace wise and the forcing myself back up to pace. It had definitely turned into type 2 fun by this point!

The finally 1.5 loops of the track to finish were really hard, and I’m actually very surprised at my pace here as I thought it was much slower. At the last 200 metres, I spotted a Sheffield Striders runner ahead of me and got my head down to try and catch them. 10 metres from the finish line I found a surge and put on a sprint, yelling “Come on Strider!” as I drew up next to them. They then got their head down and we both pushed hard for the finish. I took it by a whisker, and then promptly wanted to fall over and throw up!

Checking the watch and hearing a bunch of swearing from some runners ahead of me, I realised that something had gone wrong. The 8k this was supposed to be was only just 7k. I really don’t know if I had another k in me though, so I didn’t mind.