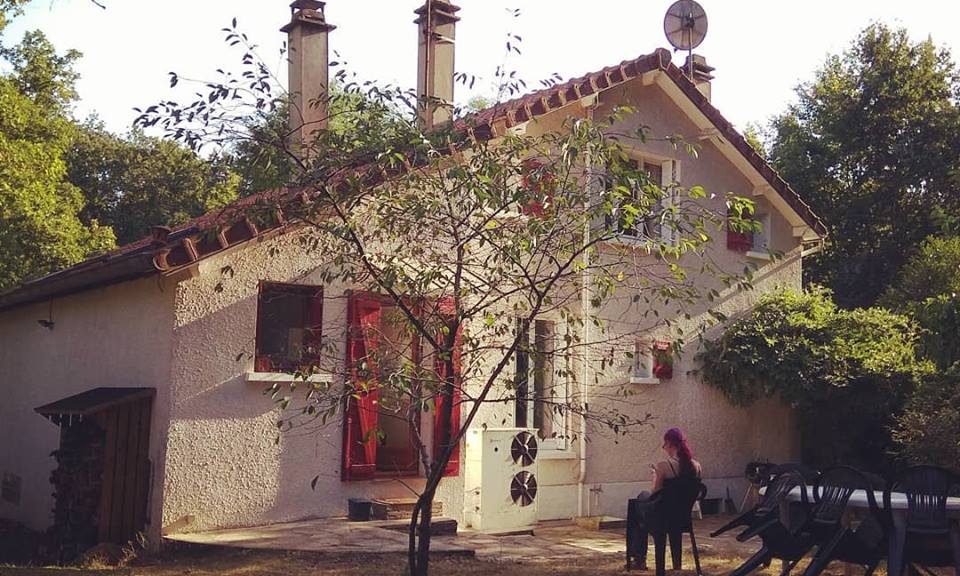 Well, it’s been a long time since I’d found the brain power to write a post here. I’d started out with good intentions with my end of year/start of year, but just never found myself writing anything. I guess it happens!

Liz gave me a nudge to write something while I’m here on holiday and I though, well, why not. Even if it’s just a brain dump of each day. Maybe it will get me back into the habit.

So, it’s the annual climbing holiday in France! Hooray! Travel started yesterday with a train for Liz and I to Dover via St. Pancras. While waiting for our connection, we had a mini celebration as I’d passed my driving test earlier that day and went to the Searcy’s Champagne bar and had Kir Royales. Expensive, but yum 🙂

It wasn’t too long before we hit Dover, and after meeting up with the rest of the crew who had come down in cars separately at a curry house, we headed back to The Norman Guesthouse which has become our regular layover for the trip. This meant we could be up nice and early for a 9am ferry to Calais.

The ferry and drive to Fontainebleau was pretty uneventful and after a trip around the Intermarche at Milly-la-Forêt where we picked up the essentials (cheese, beer, red wine, rilletes) we finally arrived at the gite. I muttered something about needing to go for a run and Andy chipped up that he also needed to go for a run… 20km! My training plan was suggesting 29k on Sunday, but I wasn’t too concerned about hitting it, so this seemed like a good alternative.

I let Andy plan the route:

It was an interesting run. we were both pretty tired after travelling all day, worse for him no doubt as he did the driving. Running over the sands in the middle of the Trois Pignon wasn’t easy, but the toughest bit was probably a long straight unforgiving lump of concrete called “Route Forestière de la Plaine de la Haute Borne”. A very long name for a very boring bit of running! The problem was that it was so straight with identical paths splitting off it regularly, you never got the impression you were getting anywhere. And it was LOONG… probably 3.5k!

Turning back towards home felt pretty good though, and as the sun set on is (alone.. in the middle of a forest..) we were treated to a really nice sunset. Eventually it got dark enough for me to need to dig out my head torch and a bunch of other little lights to keep us visible. The last 5k was in the pitch black, with us picking our way along the Trois Pignon trails following the breadcrumbs on Andy’s Garmin.

Eventually we got home, a little later than expected and starving. Luckily, the rest of the group had decided to make pasta so we could crack open a beer and jump right in.

Tomorrow is our first climbing day, and I’m really happy because Jim and Lolly (Or Lorraine as she was called in previous blog posts) are out here climbing this week as well. I’ve not seen them in years and it will be really good to see them again 😀