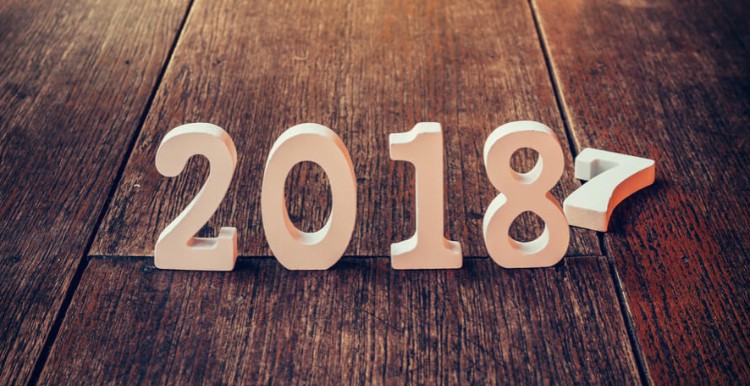 Wow, what a year 2017 has been. I’ve missed a few round up posts since my Marathon in October mostly down to being extremely busy, but also because the running has got a bit erratic based on that busyness and a bit of lack of focus, but Facebook “memory” surfaced the other day which really highlighted how much of a tremendous year this has been for my running. Perhaps not for the climbing, but definitely on the running.

But first, I’ve some other runs to talk about!

On the 19th I went out on the Frontrunner Festive Trail run, a great little night run across the moors around Gardoms, Curbar and Birchen edge out at Baslow. It was dark, warm and very very moist. At one point I ended up knee deep in a muddy stream. It finished up at the Robin Hood Inn where we had a lovely meal and a pint. Afterwards, my absolutely filthy Peregrines were dunked in the bath and scrubbed to get some of the mud out and I realised that they were well and truly screwed. Running in them wasn’t going to happen, as that split would mean the upper would tear with any sideways movement. Ah well, they’d done ok with a decent 800+km and it was coming up to the Christmas sales.

So, after we were let out of work early on Friday, I headed out to Accelerate to check out what they had in their sales. Annoyingly, nothing in their sales worked. The new version of the Peregrines just don’t fit my feet at all, and the nice and cheap looking Inov8 Mudclaws just felt really really weird! Then I ended up trying out the Innov-8 Parkclaw 275s, as a direct replacement for the Peregrines. As I usually end up running on road to get to trails, and often end up on rock, these were probably just about perfect. Shame they were full price though :'(

Oh, they were bright bright bright luminous green. So bright, I couldn’t take a decent photo! Putting them on in the morning and going out in the sun made me regret not wearing sunglasses. It’s a good thing they were about to be christened!

Yesterday was the 2018 (yes, I know that’s 2017…) Ambles Revenge. It is a reverse run of the Oxspring Hunshelf Amble which I ran with Lindsey back in July. That was quite a fun, muddy run, but we’ve had a rather damp rainy and snowy couple of weeks, so I was expecting it to be a complete mudbath!

This time Lindsey was out of action with a cold so Liz ended up bagging us a lift there with some people from her Stride Out running club as it was a bit of a pain to get to on public transport. We started the race pretty much in the middle of the pack, and did ok! There was only one point where I was pushing Liz up the hill 🙂 The mud was rather deep in places, and the long muddy long descent into the eastern edge of Green Moor was great fun. The wind was really high on the edge making the running and breathing really tough!

I think I’d quite like to do one of them at full pace at some point to see how I’d do. It’s got some tough hills and the mud would make it very interesting. Perhaps the Amble in Summer.

After the Marathon, I also went on a little holiday to Whitby and got the chance to do some trail running out there. Whitby is right on the Cleveland Way which means it’s perfectly placed for some great trail running. First I took a bus (after getting extremely frustrated with the quality of the Arriva bus service information on their website) to Robin Hood’s Bay and ran back to Whitby along the Cleveland Way. I expected this to be a bit of a gentle 10k, but I went a bit too fast at the start and the combination of the high wind and rolling hills actually made it really hard! Finishing along side the Whitby Abbey was great even with aching tired legs, although I could have done with out the stupid dress up brigade and their photographers choking the old town up on the walk back.

A couple of days later I took another bus and went North this time, heading to Runswick Bay. (Good name!). The plan this time was to follow the Cleveland Way back to Whitby. The run unexpectedly started out on the beach, which was ok for a bit but then I started getting nervous as the tide came in. I’d plotted the route on my Garmin and it was showing that at some point i went inland a bit and onto the cliffs but I couldn’t see where. Then, just as I was thinking I might need to turn back as I had no idea if the sea would start to be a problem, I spotted a stone with a Cleveland Way marker etched into it pointing to some stairs. Phew! It was quite a steep climb up to to the cliffs but once up there the running was bloody brilliant. Good wide trail without as many ups and downs as between Whitby and Robin Hood’s Bay. It’s just a shame that once you get to Sandsend you end up running on road and path.

My final run of the holiday was a big one. I’d spotted a Robin Hood’s Bay to Ravenscar loop in my Wild Running book. I decided that I fancied a bit of a longer run, so planned out a route starting with this run. It started from Robin Hood’s Bay to Ravenscar along the beach and then climbed onto the cliffs to join the Cleveland Way to return to Robin Hoods Bay. From there I could either keep following the Cleveland Way back to Whitby, which I didn’t really fancy after my previous experience, or instead take the Cinder Track back.

After my run in with the beach and tide at Runswick Bay and taking account of the fact that the start of the run was 5-6k along the beach beneath massive cliffs, I really needed to work out how long I had to get to to Ravenscar but couldn’t figure it out at all. In the end, I took a gamble and just set off early and judged it once I got to Robin Hood’s Bay. Turns out I’d given myself lots of time, but I spent the first part of the run wondering if the sea was going to come in and drown me. Urk. Once I got to the climb at Ravenscar, I was really surprised when I almost stood on a seal! Turns out there is a massive seal colony on the rocks here, something which isn’t mentioned in the guide at all. Luckily there were only a few but apparently there can be more than 200 seals there. That could have been quite scary. From here it was a short sharp climb up the cliff and then following the Cleveland Way trail to Robin Hood’s Bay, which was lovely, and then through the rather steep town centre till I found the Cinder Trail. The trail was much easier than the Cleveland way along the coast having less hills and being a little more sheltered. It finished crossing a railway bridge over the River Esk which gives you a view of the Abbey you don’t tend to see. Very recommended!

So, all caught up on the runs I guess.

November and December
My mileage dropped off sharply with only 83km in November but picked up in December with 124km when I threw a quick training plan together. I guess I really need the focus of a plan to work to get the motivation together! My climbing did pick up a bit though as a result meaning I could actually work on finishing some of the circuits.

Started the next year of training. Current plan is for another marathon towards the end of the year, aiming to push the time towards 3:15. Urk.

I’ll definitely be doing the RSR in June (hopefully as part of Team Whippet with Paul Perry again), hopefully beating our 1hr 30min target that we just missed last year, and I’ll probably drop a half marathon or two in there.

Just need to work out which Marathon to look at!

Although the marathon wasn’t the 3:15 I was aiming for, it was always just a random target thrown out there to give me something to aim for. I do feel though that I could go quicker though…. maybe?

The Round Sheffield Run was fantastic fun. Although Paul had to drop out at the last minute meaning I was solo running, I managed to get around in 1:25 which was a lot faster than I was expecting.

2017 also had loads of other races; trails in the peaks and little local races. There was a running holiday where we ran up Pendle Hill in the rain, and another trip to Fontainebleau.

I’m not really sure what my plan for 2018 is. I’d like to try an ultra I think, but I’m a bit nervous of committing! We’re planning a running/climbing holiday in the Lakes in the summer and I’d like to do climbing somewhere again. I completely failed to get back into any rope climbing again but hopefully I’ll find some time for that too.