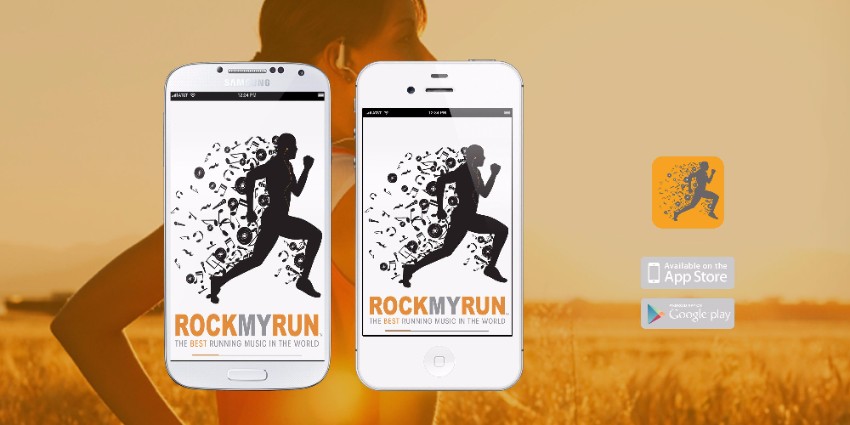 While reading a couple of throwaway articles about “improving/maximising your running” or something, I stumbled on a mention of an app called “Rock my Run”. It was talking about using music to improve your running, suggesting that decent cadence matched songs can really help with your focus.

I’ve been running with music for years and have noticed my strides dropping in and out of step with the music, sometimes significantly affecting my pace or stride length which is really going to have an overall impact on the run itself. I fugured it might be worth a go, just to see how running with a constant tempo setlist affected it.

I chose a fixed 180 tempo as this is often talked about as the “right” tempo for running (although that’s really debatable by the looks of the literature, though they all agree that higher is better, around one 180). I’ve been gradually increasing my natural tempo for a while now and it seems to hover around mid 170s, dropping a little when I’m tired when running on slower races. It’s naturally up in the 190s when running fast. I figured trying out 180 should give me a good feel for a fast tempo and how it affected my running.

Testing it, the first track that played was ‘The Pretender’ by The Foo Fighters. Skipping ahead, the next track was a Halestorm track (Mayhem), not a band I’m that familiar with, but was interested in hearing them. Intrigued, I decided to try it out my next run.

Roll on Monday when I was planning to go out for a 15k run, I’d run out of data on my phone, which I thought might have scuppered the plan a little. Getting ready anyway, I selected the station and started it going on Wifi in my house, hoping for it to buffer enough for me to get a feel for it before I left and I could swap just to Google Play Music once it had run out. It turns out, it managed to actually buffer an entire hour of the station by the time I’d set up (not long at all…). I’m not sure if this because it was quick to download, had started before I realised because I’d ‘favourited’ the station before hand, or that some of the stations are included in the initial download of the app.

So, setting out to ‘The Pretender’, off I went, my stride vaguely hitting the 180 tempo during the quite intro, but locking in properly straight away as the guitars properly kicked off. This was supposed to be an ‘easy pace’ run, so with my cadence locked into the song, I had to tweak my stride length and push off from the ground to get my pace to where it was supposed to be, but this become pretty natural quickly. Soon enough we reach the end portion of the first track and I was surprised to hear it mix into the next track. It was clear in the app description that the channels were curated/mixed by DJs, but I just wasn’t expecting it. It worked really well, meaning my stride continued in exactly the pace as before. Wow, that was good! The next track ‘Never Never’ by Korn segued wonderfully into ‘Big Bad Wolf’ by In This Moment without me even really realising the track had changed. Great stuff.

This continued with a couple of oddities I’ll describe later, but overall it was really good. I really got lost into the music and the synergy between it and my feet hitting the road. Even when I started climbing a really like hill, by shortening the strides I kept in sync and it really helped me push up the hill.

So, the couple of exceptions:

It was clear that a couple of the mix points weren’t quite right. Ordinarily it wouldn’t have mattered in a run with music because of the changing tempos, but when you’ve been locked into the same beat for 20mins, having a track suddenly change into something out of step is very jarring. I think that in the case I heard, the bulk of the track was in sync with the previous, but there was an intro section that wasn’t, but this was obviously the transition point.

There were two tracks where parts of the songs weren’t quite at the right tempos as the rest of them. In the first example, ‘Stand up’, by Jet, the verses matched the previous song well, but the choruses seemed to be noticeably slower. Again, this was a little jarring, but you adjusted, only for it to change back when you got to the verse. There were similar issues with Metallica’s ‘Sad But True’, all the song and choruses in sync apart from what I think is a little slow down at the end of each chorus. Quite odd.

The biggest single mistake I found, also annoyingly right at the end of the big hill I was climbing where the music seemed to be helping, was to do with time signatures. I was rocking out to ‘Heavy Is The Head’ by Zac Brown Band only for it to mix into by ‘Silver And Cold’ by A.F.I. Now, the issue here is that although they are both at about 180bpm, ‘Silver and Cold’ is actually in 6/8 (I think). This is a pretty major difference and was impossible to transition to. Jigging while running is really hard!

A couple of other thoughts:

The bit rate of the music isn’t great. My music collection is mp3’d and the vast majority of it is at 128kbps. I can hear the encoding if I listen for it, but it really doesn’t matter when out in a noisy environment, or with your breathing and stepping as you hit the group, so it’s a perfect size/quality compromise for me. I could definitely hear the encoding on the music from Rock My Run with lots of the highs swooshing and some odd stereo effects happening. This means it’s probably at 96k or below. I think it’s probably good enough, but if you’re an audiophile you probably wouldn’t enjoy.

It’s missing last.fm audioscrobbling functionality. It’s a small thing, but i do try to capture what I’m listening to to last.fm via different audioscrobbler plugins. I’ve sent the detail over to Rock My Run though and they did say a developer would look at it.

How fixed are the playlists? I’ve not yet had a good chance to browse the different stations, but as each one is prerecorded, I’m wondering if you’ll quickly run out of interesting things to listen to. When running, I’m going to want to have playlists fixed in the 180s. I’ve seen 2 channels that match this, but is that it?

Last minute addition:
I used the app again today and my account had been downgraded to a free version. On the free version, the audio quality is significantly reduced (everything was very whooshy) and you get an ad every now and then asking you to upgrade. The ad wasn’t too bad actually. I think it’s also disabled the ability to sync the app to your cadence (which seems a little odd to me). I also saw a new channel which was talking about a 3 and a half hour marathon at 150BPM. Now, I’m a bit confused about this as I really wouldn’t suggest attempting to run a marathon that quickly, at that cadence. Surely that’s a recipe for some significant over striding?   I get the feeling I’m misunderstanding the use of the app really here!

My run was pretty fun though, I ended up listening to some remixed up metallica, Black Sabbath and other artists with some drum and bass beats running through the whole thing.  I was quite enjoying it until I ran out of cached track.  (I was low on battery so running in airplane mode again.)