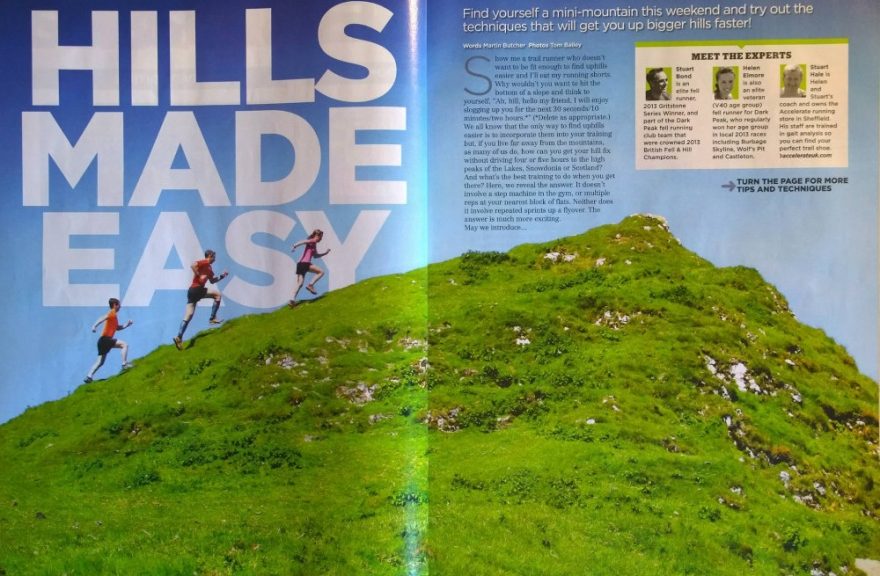 On Thursday evening I went on the first part of a workshop run by Accelerate called “Hills Made Easy”. Now, I’ve always enjoyed runs with decent hills in, and considered myself at least passable at getting up them, so I really had no idea whether this was going to be useful or not. The girlfriend on the other hand, doesn’t like hills at all, so was really interested in some coaching advice on how to deal with them, so I signed up along with her. The fact that it was being run 15 minutes gentle run from our houses in the Rivelin Valley, one of our regular stomping grounds, just made it even easier to sign up for!


Sadly, the weather conspired to be, well, a bit crap, with all sorts of heavy showers predicted by my weather app. However, this meant I got to try out my new purchase, a Salomon Bonetti (I think) waterproof running jacket which I’d picked up from Accelerate a few weeks ago, but not had chance to try out. I combined this with my cheap merino wool long sleeve, York 10k tech tee and running tights, and was a bit over warm to be honest!

Liz and I set off at about 6:20 for a slow jog from Hillsborough to the meeting point at the Rivelin Park cafe where we met up with Stuart Hale who would be coaching us. Due to some traffic issues, it ended up being a small group, just three of us, meaning Stuart had loads of opportunity to give us some quality time in looking at our running form and techniques we used.

Looks like I will busy this week… 'Hills Made Easy' workshop. For trail and fell runners we'll be working on technique to make running those hills a whole lot easier, quicker and safer. It's always fun, I wouldn't have it any other way. A couple of places left via @acceleraterunstore : http://www.accelerateuk.com/shop/product/556/Workshops–amp–Talks/APC-Hills-Made-Easy/ #hillsmadeeasy #hillshillshills #runningschool #runworkshop #running #trailrunning #fellrunning #runners #run #sheffield #peakdistrict #trail #fell

We started off with a gentle run through the north side of the Rivelin Valley up to where the trail crosses Rivelin Valley road. Here we stopped and did a little bit of running on the flat for Stuart to take a look at our form. Once done, we moved to the other side of the road, heading to the left to a small hill for us to repeat the exercise so we could see how our technique differed once we were on a hill. Despite running along this part of Sheffield nearly once a week for about 10 years, I’d never actually ventured along this part of the wood. Usually my runs would continue along the river towards where it joins up with the A57 towards Ladybower reservoir and eventually Manchester.

After a few little hill repeats, Stuart had some stuff to work on. Despite all of us landing with our leading foot pretty close to our centre when running on the flat, we were all over striding visibly once we’d hit a hill. We talked about the mechanics of running a bit and how ensuring that lead foot landing directly below us will allow us to power up the hill much more efficiently and then started on some drills to try and retrain our brains a bit.

We first started with a high knee march drill which I really struggled to make it work. After a few goes at that, we then moved to a “fast feet” stepping drill which seemed to have more of an impact on me, although I kept forgetting to use my arms when doing it due to focusing on my feet too much! Once we’d started to make progress with this, we moved around the different slopes and bits of terrain in the valley to try it out. As I continued to practise it, there was a click at one point when I realised that my feet were landing somewhere where I could really start to use my quads to power myself up the hills. Previously, I’d have been “trotting” on my toes, mostly using my calves to generate my upwards movement, which although seemed to work, it tired out my calves out pretty quickly. I’m expecting this new technique to start to tire my quads out quickly, but in theory they are better suited as a muscle for this activity and should improve my efficiency generally. Hell, this might help sort out my lingering ankle woes.

I had plenty of opportunities to see the impact of the form changes on Liz’s running and it was pretty dramatic. When she was focusing on landing correctly, she looks a lot stronger and more stable. She felt an awful lot more confident on the hills as well.

We finished up with a gentle run back through the woods to the cafe for one final exercise. Stuart got us to try 4 different drills for us to try and use to help us improve our form. After all the running up and down the hills, these were pretty tiring! The plan is for us to try and take them and use them once a week along side a run where we think about that foot placement. I’m quite looking forward to giving it a go next week.

Once we’d done, Liz and I jogged back to Hillsborough along the road as it had got a bit too dark to head back through the woods. We were both pretty shattered even though we only covered about 7km on the run.

I’m quite looking forward to the second workshop in two weeks, just to see if I will have been able to improve my form a little and also to see what else Stuart can show us. If you fancy learning how to run up hills better, try this course out!