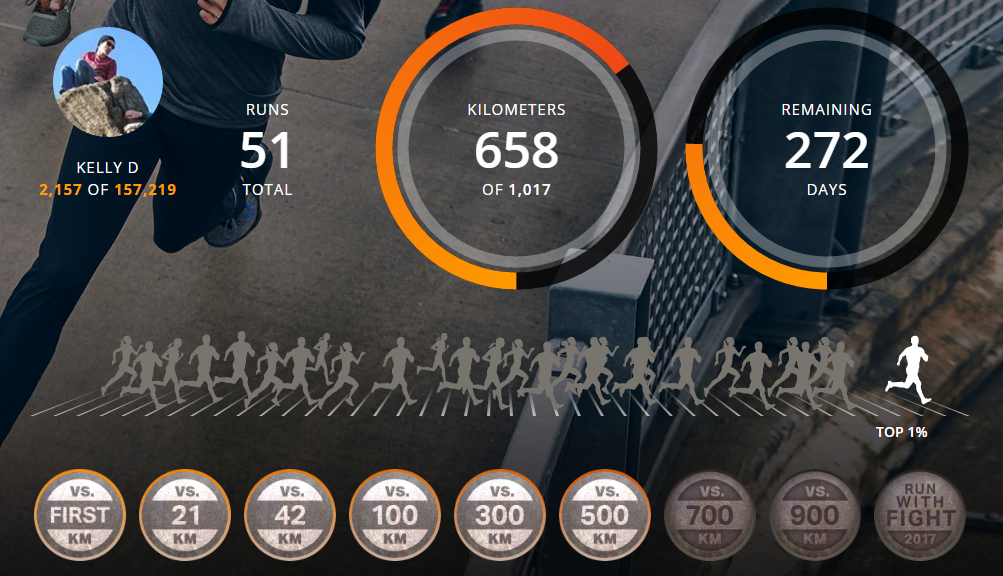 March done with and still going, although my feet are pretty sore! I’ve still not managed to shake the niggling ankle injury I’ve had for a long time now, but I’ve promised myself to take a rest (ish) after the Sheffield Half Marathon in a couple of days.

240km run this month, which is the most I’ve done since 2014, also March coincidentally.  That was the month of my first Embrace Sports trainingholiday which will have pushed up my distance a bit.

Totals wise I’m most happy about the 3,610 metres climbing.  It seems the routes I’m choosing for my runs are making it easy to pile on the climbing without trying hard, which must be good…. Especially because the next few races I’ve got lined up involve a lot of hills!

As my training plan draws to an end for the Sheffield Half I’m a little concerned that my bout of illness might have been right at the worst time.  It looks like it was right when the plan was trying to push my speed endurance, and instead of that, I laid on the sofa for a week.  Mind you, the half is all hill so no matter what it’s going to be somewhat of a slog… with a huge downhill on the way back in.

My favourite run this month is a 21km roam up and down quite a few hills and through a lot of mud!

Other things of note this month:

7 bouldering sessions at the Climbing Works this month which is good enough. I’ve missed a couple, but with good reasons. We’ve had a new yellow circuit go up, which was fantastic fun. Just one tough overhanging problem left to work which really hurts the abs, but I might do it. I’ve continued working on the Wasps and Blacks and we’ve a new “Murple” circuit go up, which is always very tough, but encouragingly I’ve managed a couple of them, with another few that seem like I might be able to finish then. Hurrah!

We also finally got the chance to go outdoors this month, with a fun weekend trip to Stanage Plantation. I’ve also found a couple of extra people who go out regularly who I might be able to use for more impetus for going out.

I desperately need some new climbing shoes though. I’ve been wearing the same set of Evolv Bandits for about 5 years now and the latest resole appears to be starting to come apart. I really struggle finding shoes and have had 3 mis-buys of shoes which I haven’t got on with. My latest set of shoes are Boreal Lynx which I can wear for about 20 minutes before it get’s too painful. I’ve had the over a year now, but still not been able to break them in! On Friday I plan to shower in them to see if that will stretch out the leather bits a little!

I’m still attending Yoga pretty frequently. Hopefully it’s slowly improving my awful flexibility. I’ve not managed any swimming in ages, but perhaps after the Sheffield half I’ll swap running for swimming before restarting the training plan for the next big run, The Round Sheffield Run at the end of June.