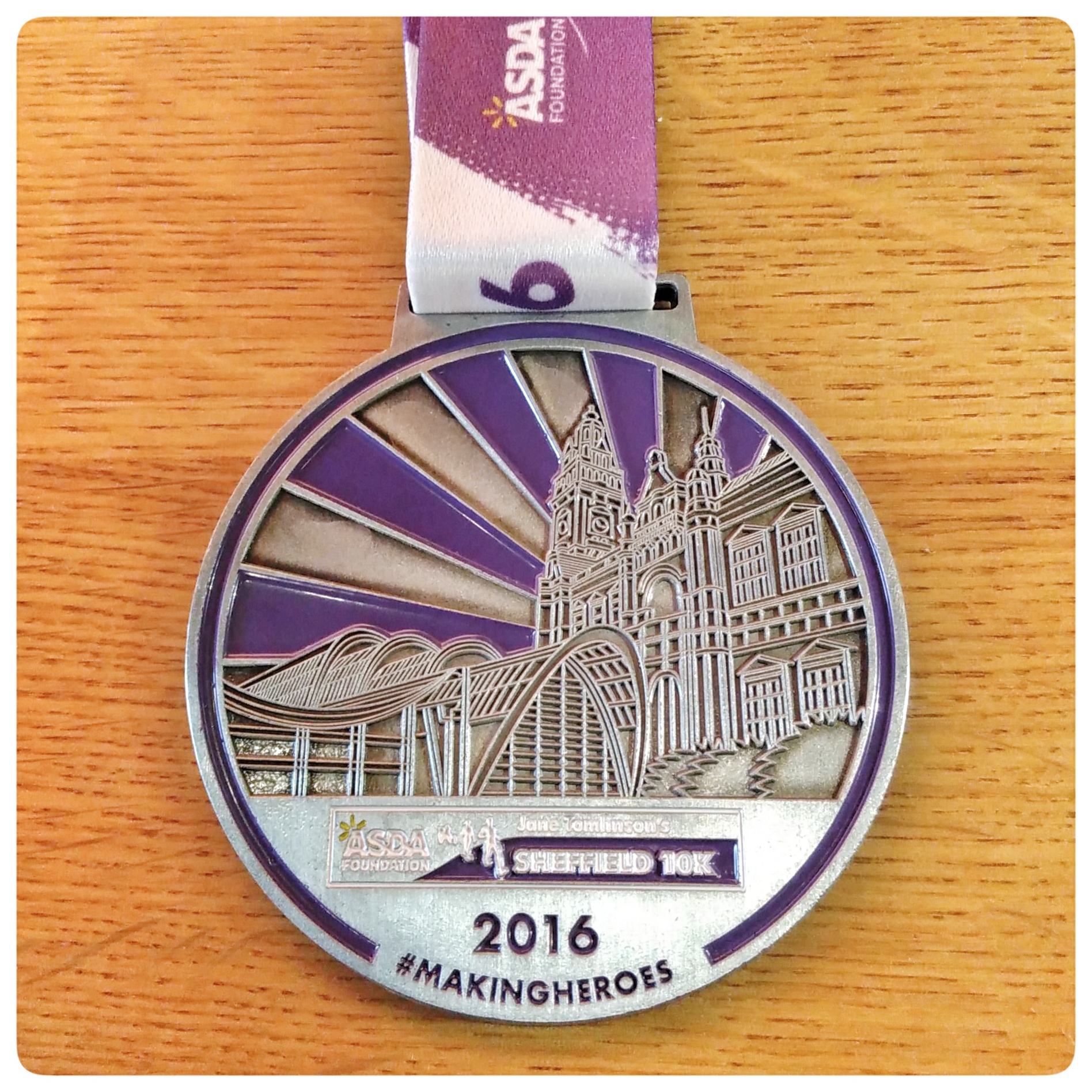 I’ve been 5k training since the Round Sheffield Run back in July as I’ve never managed to beat 20mins. The idea was to train a bit and once I got to the end of the Endomondo training plan do a Rother Valley (reasonably flat) parkrun.

Somewhere along the line, I got convinced to sign up for the Sheffield 10k, so tweaked my 5k plan to land on this date, figuring that the speed work on that plan should help with my 10k time.

Training was going pretty well and the Embrace running holiday at the start of October was pretty much perfectly timed for a good kick up the arse for me to understand what was possible. I ended up using the targeted run at the end of the week as a trial 10k run, to see how the couple of months of training had worked out. The route wasn’t perfect for a fast one, having quite a steep long hill in it, but was probably a decent indicator. I ended up PBing on it by about 20-30 seconds, which after a week including about 100km of running made me pretty optimistic.

However, I’d been ignoring quite a bit of ankle pain during that week, probably caused by quite a bit of pace on rough trails, something which I’m definitely not used to! (Despite loving it… I need to do more so I AM used to it!)

I got back from Portugal with really really sore ankles and after an aborted test run a few days after returning, was forced rest the ankles for remaining 2 weeks before the race. I tried to convince myself it was some sort of extreme tapering but was quite worried it would blunt the pace edge and stamina I’d just spent the last few months building up!

I snuck in a 6k run on Thursday afternoon when my ankles had seemed to settle down, making sure to throw a couple fast 200m to remind the thighs of how to do it, and a race pace last 500m to finish on. This went ok, but the ankle pain came straight back 🙁

Physio and some massage on Friday and rest till this morning.

So the race! The weather was that perfect temperature for the run, 11-12 degrees and a small bit of drizzle. Great for a run in, but too cold to be stood around in waiting to start! After toilet queues and pottering around a bit to get warm (and a couple of little trots to try and warm the legs) I got in my coral and attempted to follow a little bit of the warm up, which proved impossible due to the person directing it being short and on a not very high platform. Couldn’t see them at all. So I improvised 😀

The race kicked off with a downhill dropping to the start of Ecclesall road. My plan was to do a little above target pace (~4:24min/k) on this section and then once I hit the slight climb of Ecclesall road, try and settle in at the pace and hang on, hoping that the later downhill would give me a breather to keep ahead of pace for the 2nd half. Annoying, the pace readout on my watch was all over the place for the first section. Not sure what that was about, perhaps all the tall buildings, but meant I was a bit all over the place and did it faster than I meant.

The uphill on Ecclesall road wasn’t so bad, even if the crowd turn out was a little disappointing. (bit cold and damp perhaps?). Passing Hunters Bar and onto Rustlings road was horrible though. Even though the incline didn’t seem to change my pace plummeted. I had a “oh god, I’ve screwed it up” moment, having to really focus to keep the pace up, and as that turned into the big hill up Oakbrook Rd all thoughts of a decent time had evaporated, instead just focusing on keeping going. The hill kept getting steeper and steeper and people started overtaking me which really wasn’t good, but I kept focussed on the right hand turn ahead which was where the hill finished….. except it didn’t! We turned right and it kept going! Oh no! I’ve misjudged the route! It was ok though, even though I hurt, I just focused on the fact that I knew there was a really big downhill coming and I’m good at those.

Eventually we peaked and hit the downhill and I just focused on the form Graeme was telling us in Portugal, learning forward, landing with my feet directly beneath me and pushing off with the toes. I picked up a decent clip down the hill and managed to get my breathing back under control. We came to the next hill and I was much more comfortable on it, despite my pace probably bottoming out here. I think focusing on form, and trying not to think about the hill made it easier to just “get on with it!”.

Another fun fast downhill along Brocco bank and then we were back on the (almost) home straight. The next 2km was all gradually downhill so I necked my caffeine gel and started to ease the pace back up. I glanced at my watch and realised I was going much faster than I’d anticipated at this point, and was tempted to slow it down, worried about that hill I’d have to climb at the end, but, sod it. I’m after a PB right? We’ll deal with that hill later! This bit would have been fantastic if it wasn’t for the lack of bins! I was carrying the gel packet in my hand, unwilling to just discard it and no pockets to put it in and it grew more and more distracting until I realised I could tuck it under my new Flipbelt which held it in place. Once I’d done that, I could properly focus again on the running.

We finished Ecclesall road and were into the last hill. This time I had the bit between my teeth and I could feel that I had enough juice left in me to do this much faster than I expected. Pushed hard to get up Charter Row, drop down the last hill and finish the k at faster than 5k pace. Once I got close enough to see the timer, I pushed again to make sure I could easily duck in under 43 minutes.

My pace calculator now seems to think a 3:16 marathon is possible. I am actually tempted to look at one again now… but not until I’ve done that 20min 5k!

My ankles hurt! Time for volterol and a 2 week running holiday!