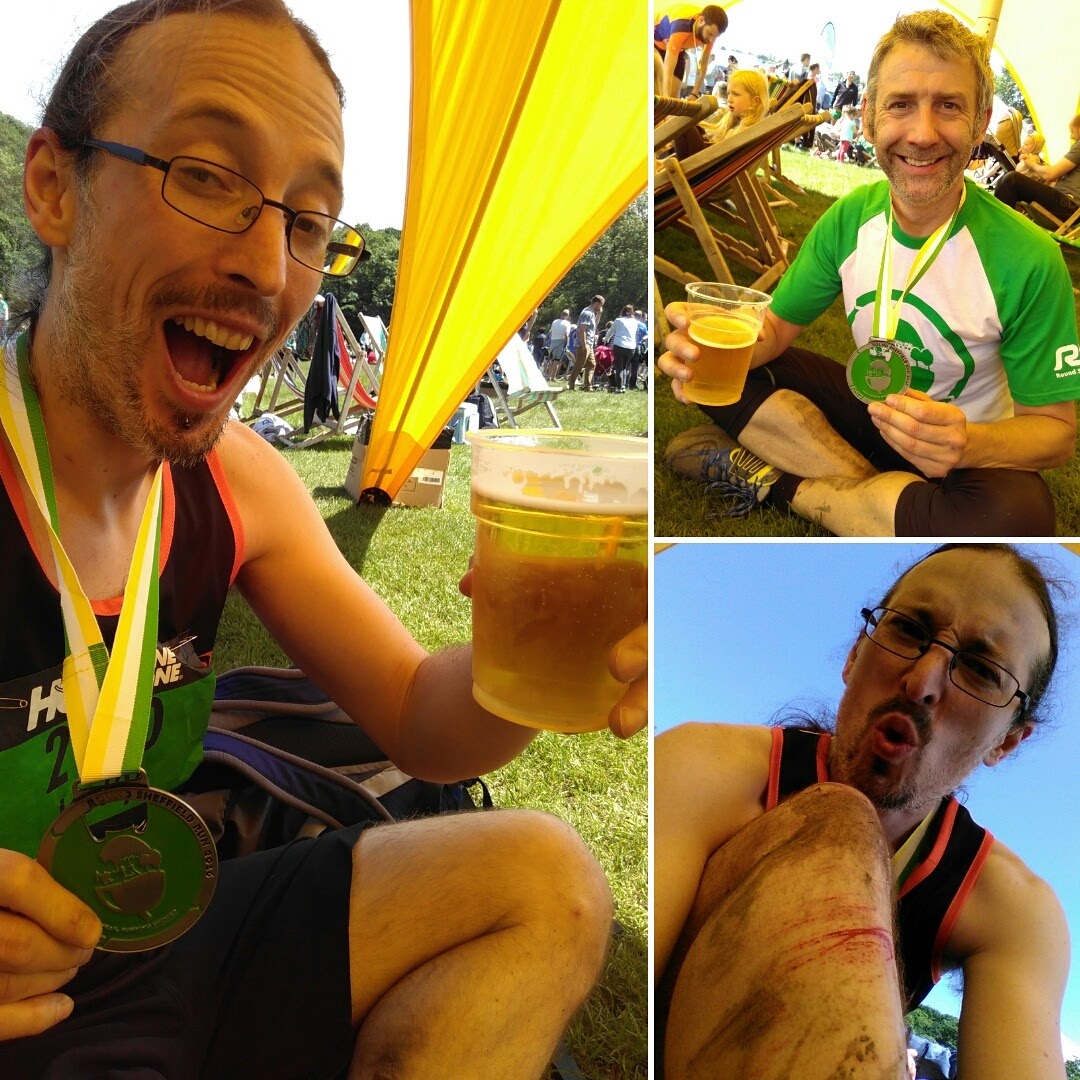 Wow. What a run. Very muddy following the rainfall yesterday, but a glorious day for it. Well organised, although the signs disappeared on the last 2 sections, and a great day.

Paul and I were in a team and aiming to beat his previous time of 1hr 32mins 56secs which was going to be tough as last year he was on form for a marathon run a month later. This time, although I was in ok shape, Paul was recovering from a chest infection!

We did well, Team coming in at about 1:35:13. I finished a head a little on the sections so my time came in at 1:34:51. Do I thnk I could have beaten Paul’s time last year? Based on how dead I was on the 2nd stage hill climb I doubt it. I finished that nearly a minute slower than he did! Also it was really quite slippery in places, limiting what we could reasonably achieve without breaking necks.

I am definitely doing this next year 😀

One thought on “Round Sheffield Run”