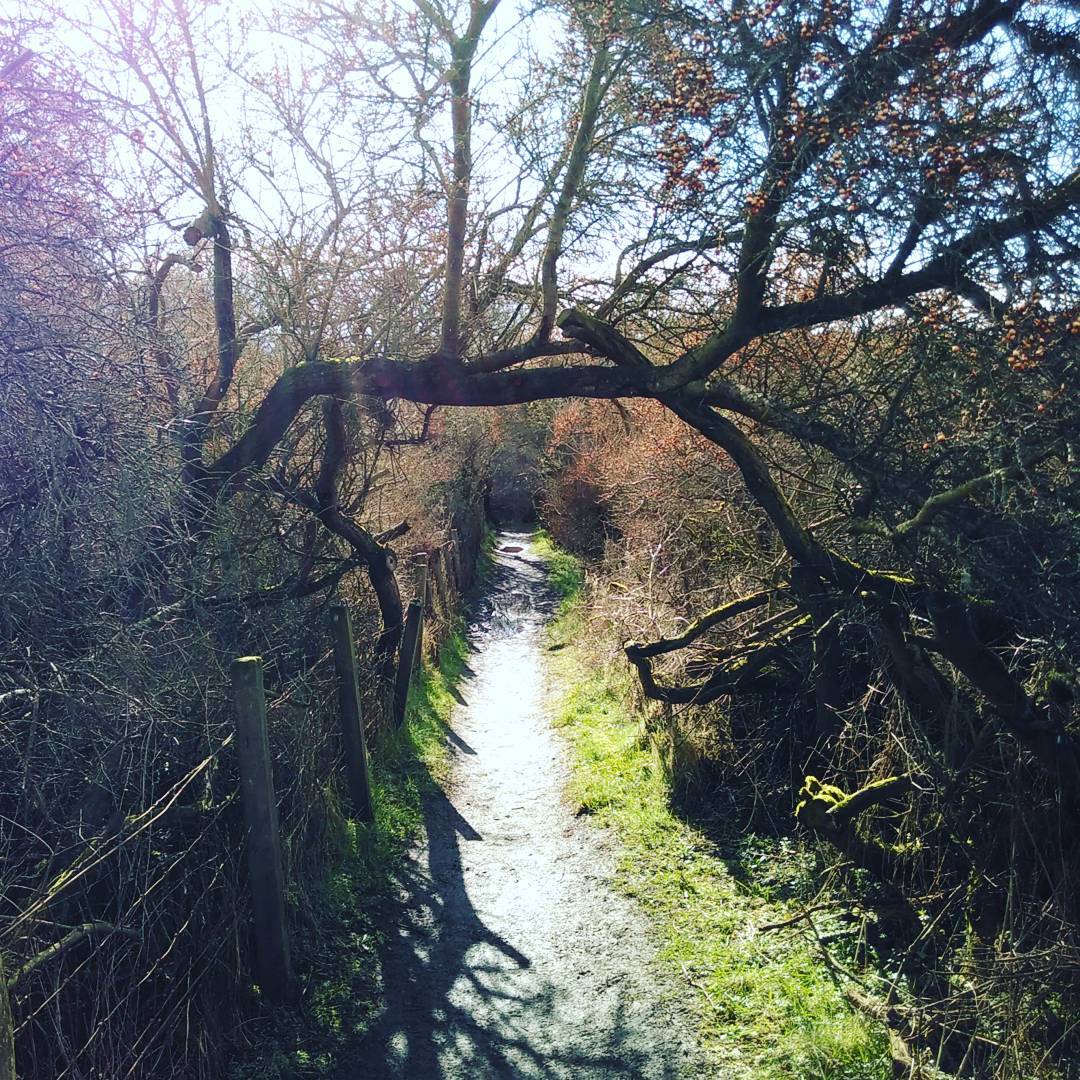 Holiday! We went up to Edinburgh for a long weekend, and decided to take our running gear. I got a book called “Wild Running” from Andy and Ceri as an Xmas present last year, and it had a couple of runs in it near Edinburgh.

After checking for how to get to them without a car, we selected the Aberlady bay run, as it seemed straight forward. So, got to Edinburgh on the Wednesday night, stopped over in a Travelodge and the next day hopped on a bus to Aberlady. The bus was hourly, and took about an hour for us to get to Aberlady, where we found our accommodation for the night (The Old Aberlady Inn). We checked in, got changed and headed out.

The start was about a 1km from the pub and not too cool for the walk. The start was in a car park where we secreted our gloves (as it was a bit too warm) and the remains of some homemade chocolate and coffee loaf, and a bag of crisps for scoffing once we’d got back.

The run started over a bridge over Peffer Burn, which by a stroke of luck was still open. It was closing soon for some repairs because some ‘orrible bugger had tried to set fire to it! The thought of running over a wobbly, burn bridge made Liz wobble a little, but a mental kick in the bum got her moving 🙂

A couple of weeks before the run I’d planned the route into my trusty old Forerunner 205, but I’d accidentally planned it backwards. The proper route finishes running across the beaches, but I’d mistakenly started with the beaches, but this turned out to be a good idea tide wise as it was on its way in, and might have caused some alterations on the way back.

The route cycled through quite a lot of terrain. It was a gentle muddy track originally in open boggy fields, then pinned between thorny hedgerows, and around a little loch before eventually turning into dunes. The route then took us along a few nice beaches with a good mix of hard to run in soft sand, and wetter, impacted sand. We also got to “paddle our hands” in the sea, rather than getting our feet wet! We scrambled up and down a couple of rocky outcrops and along sandy trails at the edge of the dunes, eventually running through a small wood and then returning back through parkland, the edge of and then over a golf course and then back to the boggy fields meeting the start of the trail at the loch and over the rickety bridge to the car park where we could scoff our chocolate loaf.

I was stopping a lot to create Instagram spam, and then speeding up to catch Liz up. We had a couple of little stops so Liz could swig water, and give her knee a rest, meaning it didn’t really bother her until almost at the end.

Being as we were a bit damp from a little downpour towards the end, we elected to run the last 1kish back to the Inn, instead of walking to avoid getting too wet. This was probably the hardest part of the run! Quite tired by the end.

So, a brilliant little run, highly recommended. If you do want to do it, please buy the book too, rather than nicking the route from my GPS trail 😉

Setting off on our run! The Aberlady bay run in Wild Running. Walking to the start!

Rainbow in the background

Just in time! Closing the bridge on Monday!

Top of the hill

The bridge to the car park at the end